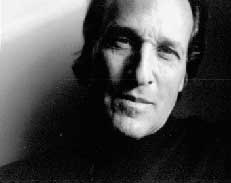 Vincent Vallarino was born in Austin, Texas, in 1953, and grew up in Conway, New Hampshire. He began photographing at the age of 14 while attending prep school, and started exhibiting his photographs at the age of 16. In 1971, he studied photography with Minor White and Stephen Gersh in Boston. He apprenticed under Paul Caponigro and Michael Hoffman, Publisher of Aperture, while studying at Apeiron in Millerton, New York. Many of his early photographs deal with form and abstraction through still lifes which he has continued to photograph for the past 35 years. Five trips to Iceland, from 1970 to 1975, found Mr. Vallarino photographing the rugged landscape and lava swept landmasses of this incredible terrain while interpreting his subject as abstract forms and landscape abstractions. He became a member of the Polaroid Collection in Cambridge, Massachusetts, in 1972, and then moved to Lucerne, Switzerland, where he was assistant editor of Camera magazine under the editorship of the legendary Alan Porter. While in Europe, Mr. Vallarino spent much time photographing the woods in Luxembourg.

Mr. Vallarino is not only a photographer but a collector as well. From 1976 through 1986, he amassed a collection of over 1000 photographs, which were donated to the Currier Gallery of Art in Manchester, New Hampshire, and the International Center of Photography in New York City. In the years to follow, Mr. Vallarino and Steve Gersh started a company in Essex, Massachusetts called Light Works, which was one of the first photographic printing and portfolio production facilities of its day.

In 1982, Mr. Vallarino teamed up with Richard Avedon and helped to develop the famous Christian Dior advertising campaign where he was also one of the models, Oliver Dior. Later that same year, Mr. Vallarino and Nicholas Calloway published one of Avedon’s most famous photographs entitled Kinsky and the Serpent. In 1983, Mr. Vallarino edited Francesco Scavullo’s retrospective monograph and launched a series of of worldwide exhibitions of the photographer’s life work.

In 1987, Mr. Vallarino moved to Millbrook, New York, with his family. The following year, he and his partner Abby Taylor started The Greenwich Gallery in Greenwich, Connecticut, which specializes in 19th and 20th century American and European paintings.

In 1993, The Currier Gallery of Art, in Manchester, New Hampshire (New Hampshire’s finest museum), acquired a master set of Vincent Vallarino’s photographs for their permanent collection and staged a 25-year retrospective exhibition. In 1996, Mr. Vallarino was elected to the Board of Directors of the Fine Art Dealers Association where he served until 2000.

Over the last 35 years Mr. Vallarino has had 50 exhibitions of his work and is included in the collections of the following: